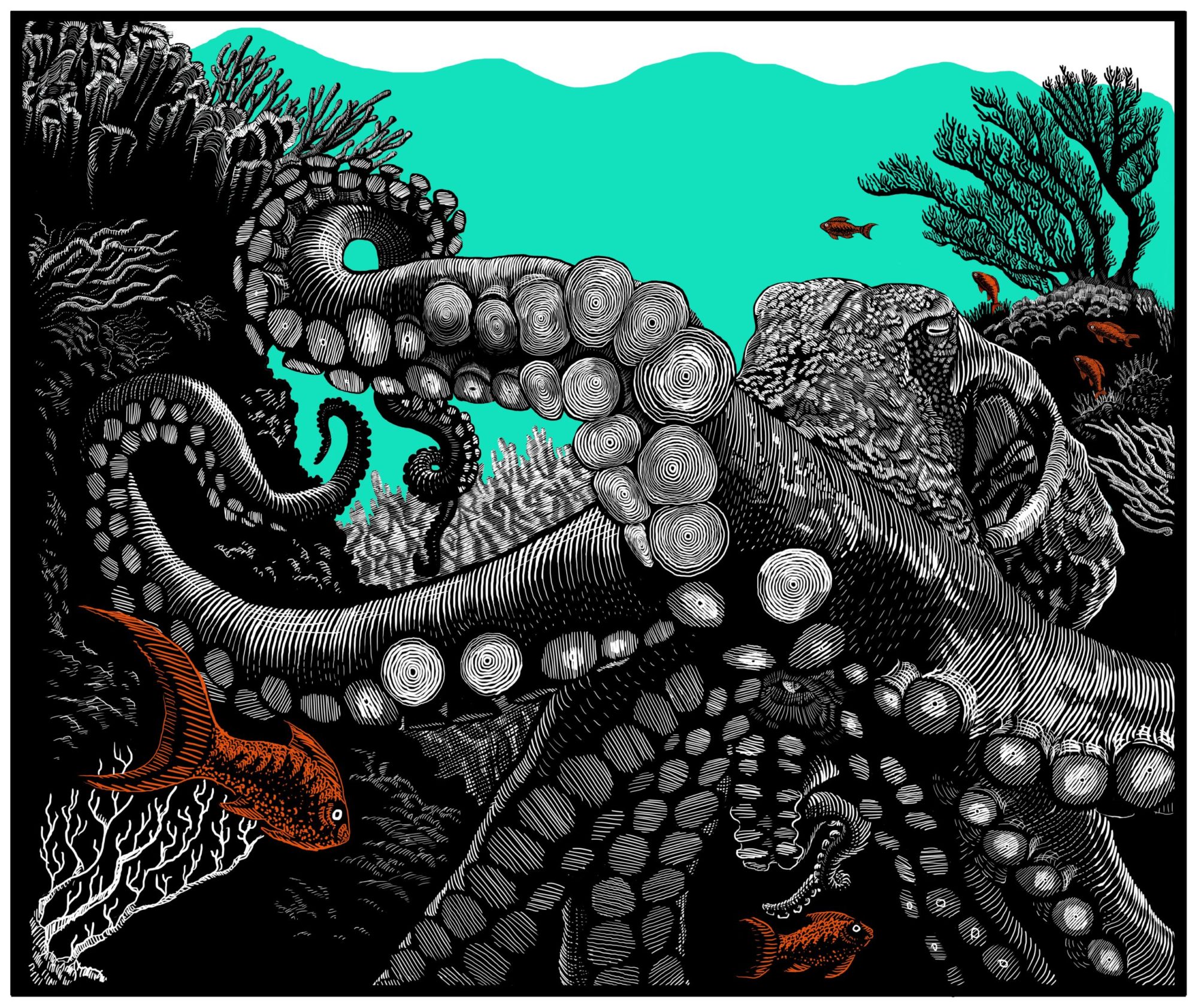 Welcome to the wonderful world of Incense Burners! 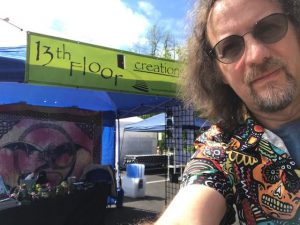 I’ve got a few designs here for your edification and some of them are even up for sale on Etsy. I operate a craft booth at various craft shows and market throughout the year here in the Pacific NW. I’ll give you the where and when on the main Blog page. 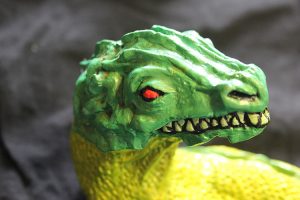 Here’s the Dragon burner. Designed for Stick incense, just pop the end in his teeth and you’re good to go. Ash collects along the tray. He comes in various colors – whatever comes to mind during the painting process. Made from Hydrocal Plaster – which is used by museums to make museum-quality busts. 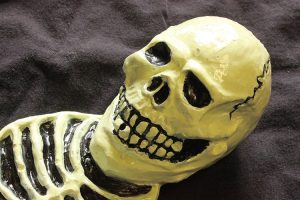 Skeleton burner, designed for Stick incense. Again, he comes in various colors. As of right now he’s the only Stick burner I can sell at Etsy because of his small size. Cast in Hydrocal Plaster. 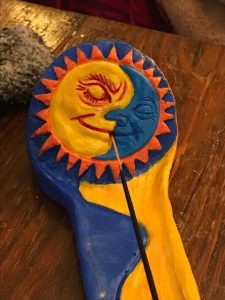 I get a lot of compliments at the booth on this one. Sold at the Booth only, not online. Too long to fit in a USPS box. Cast in Hydrocal Plaster. 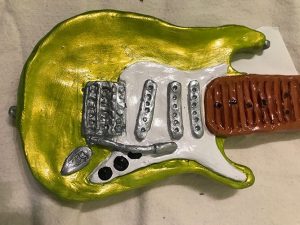 Someone at the booth suggested this one, so I spent a week looking at Stratocaster images and playing with Sculpey. Stick burner; stick goes up at the string tuners and ash is collected along the body and frets. Sold at the booth only, too long for Priority Mail boxes. Cast in Hydrocal Plaster

This is a Backflow burner. You use a Backflow cone, light it and set it up at the top, and the smoke comes down around his roots. Sold at Etsy. Cast in Rapidset Cementall Cement to handle the heat of the Cone. 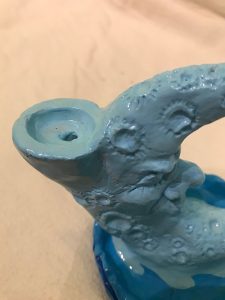 Another Backflow burner; (again, Backflow Cones only! Here the smoke comes out his mouth and fills up the tray of “water” so it looks like he’s floating on ocean fog. VERY popular, sold at Etsy. Cast in Rapidset Cementall. 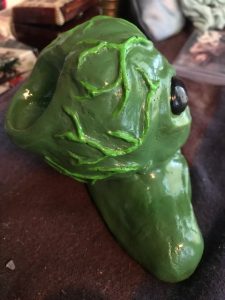 LITTLE GREEN MAN BACKFLOW INCENSE BURNER AND DETAIL. Backflow cone goes on back of his head, smoke comes out his mouth. On sale over at Etsy. Cast in Rapidset Cementall to handle the heat of the cone.
There are a few more designs on the way, they’ll pop up here soon. Follow this to the Etsy store…
Etsy Store
As stated, I sell these at my 13th Floor Creations craft booth at various craft markets and events around the Portland, OR area and vicinity throughout the year. Check out the Recent Posts at the bottom of each page for details on where and when I’ll have the Booth set up, and I’ll also give a shoutout on my Instagram page (13thflrcreations) as well..
Scroll Up Scroll Up